A pre-school series exploring the way kids play outside. With the use of animation fantasy becomes reality.

We didn't direct the kids. We observed them. They come up with fantastic stuff for me to animate later on.

The pilot episode (Childs Play) is winner of the Dutch Academy Award 2006 and was nominated for the Cinekid Kinderkast audience award as well as the jury award in 2007. Second at Prix Jeunesse 2008.

If you want to see all Outside episodes, visit Erik at Bitlanders.

After doing two seasons the network asked me for a new, updated leader. So we created one. However, it got rejected and the old one is still in use. Thanks kids 'n crew, for a superb leader to our show. I like it!

The actors are small, the camera is small, the crew is small (just me and Wendo). In a small amount of time we gather enough material to create a wonderful little story with animation, music and a railroad. These kids namely are about to build their own railroad, to travel home by train. Oh yes. 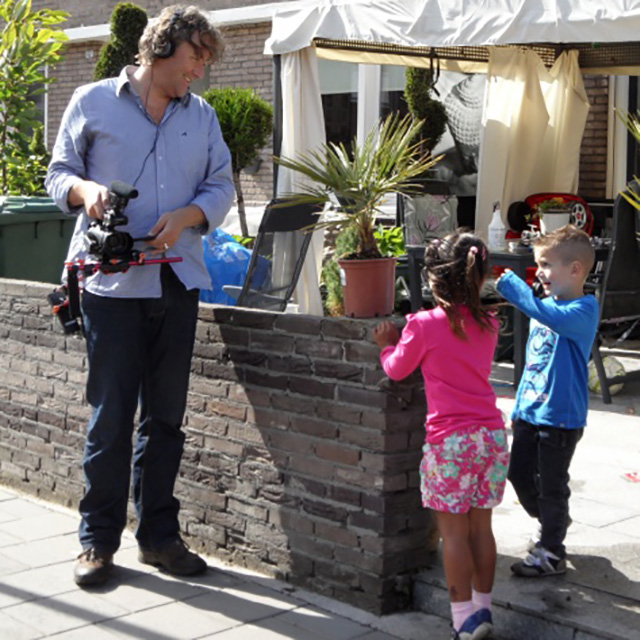 To bring my co-workers up to speed on my quick and dirty animation workflow, I created a little tutorial. Here's a look behind the scenes that might give you some idea's for your own animations: